ELAN® automation and Video over IP solutions from Nortek Security & Control provide complete control over audio, video, and lighting in the Nashville Underground.

PETALUMA, CALIFORNIA, May 31, 2018 – With five levels, three stages, two kitchens, and Nashville’s biggest guitar-shaped roof, brothers and singer-songwriters Joey and Gavin DeGraw set out to transform Lower Broadway nightlife with the grand opening of the Nashville Underground Bar & Restaurant, which opened in January. When they first purchased the 40,000-square foot space in 2017, they knew that in addition to great food and beverages, entertaining musical performances, and unbeatable rooftop views, technology would play a huge role in the bar’s overall atmosphere. 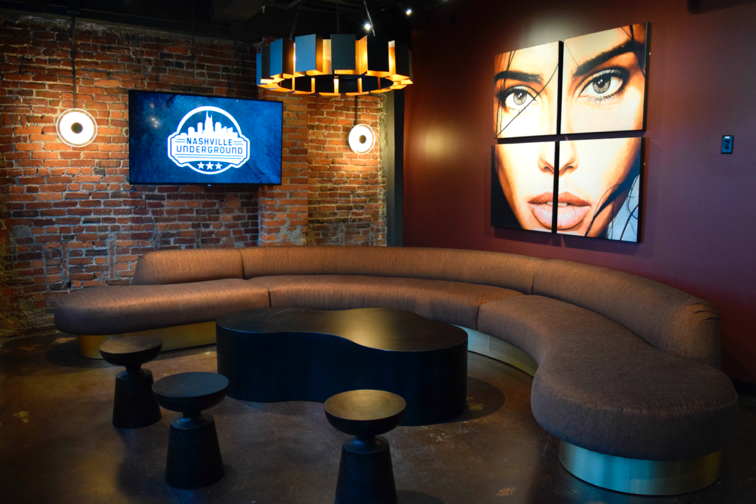 After speaking with Mae West, owner of the Famous Saloon in Nashville and satisfied ELAN® customer, they asked national industry veteran Tour Supply Integration to design and install an ELAN automation system of their own that would give them complete control over audio, video, and lighting both indoors and outdoors, across all five floors.

“It was obvious after our first meeting with the DeGraws that this would not be the average AV installation,” explained Tour Supply Integration technology integrator Lance Wascom. “The space is truly massive, as is the scope of the installation. They wanted to control and automate all of the major subsystems, while distributing audio and video to over forty televisions and two video-walls. With ELAN at the helm, we were able to satisfy the customer’s needs.”

“We took full advantage of ELAN’s Video over IP solutions for audio and video signal distribution,” Wascom explained. “We positioned an AV console on the first floor and attached it to a transmitter, giving us the ability to send content to any of the ELAN receivers throughout the facility. We set up transmitters and receivers on every device, screen, and television, as well as in the DJ booth for easy access to the audio system for whoever wants to play music.” 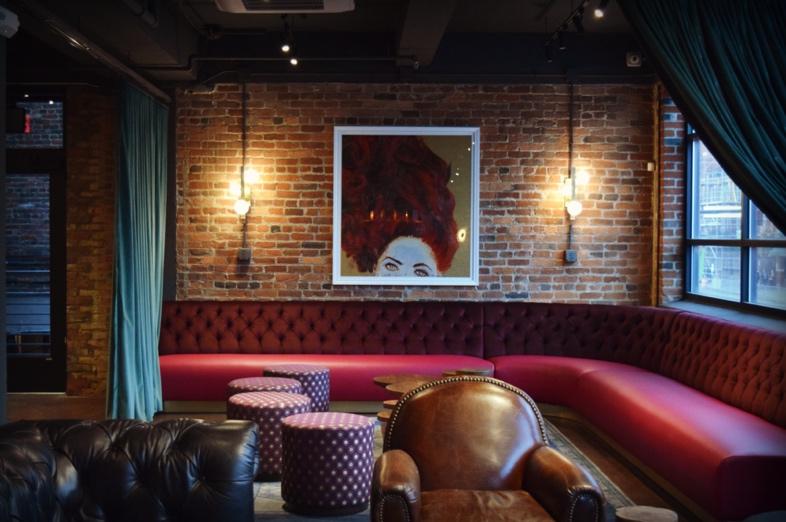 To entice patrons across all levels of the bar, Tour Supply Integration installed five static cameras to point at the stage, penthouse dance floor, and rooftop. The footage was then configured to be sent to displays throughout the venue. “The tactic essentially lures people on the first floor to the rooftop, and vice versa,” said Tour Supply Integration technology integrator Chris Torri. “They also use these cameras to market to the outside passersby on Lower Broadway with audio, sending content to outdoor speakers. They are able market themselves from inside, using their own technology.”

ELAN also controls and streams content to one of the bar’s most spectacular features – a 14 foot by 10-foot high-resolution LED video-wall dancefloor embedded into the floor. “It was like working inside of a small swimming pool,” Wascom said. “Concrete had been poured around the floor pocket, but this ‘swimming pool’ was uneven. Therefore, we had to fabricate a custom frame to support the video surface and keep it flush with the floor. Once this was accomplished, we simply added an ELAN® receiver to the video processor to give us control. The end-result is nothing like I’ve ever seen.”

They also integrated Lutron® dimmers and Martin Rush stage lights into the ELAN system for seamless control and automation throughout the bar, with specific event scenes configured for lunch, dinner, cleaning, and early morning opening. Staff can control any of the lights around the stage during a live performance at the touch of a button. 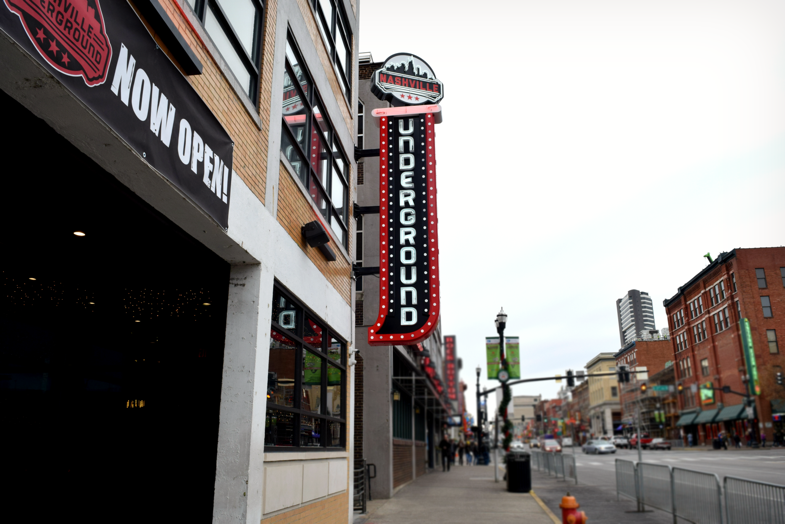 Two Furman® Uninterruptible Power Supply and Voltage Regulators with BlueBOLT® remote energy management functionality backup the entire AV system to protect against spikes and surges. “Furman circuitry detects dangerous voltage irregularities and safely powers down itself, and connected equipment in unsafe conditions,” Torri explained. “Power protection and conditioning are essential for an installation of this magnitude, where everything, from lighting to music control, relies on the technology.” According to Nashville Underground co-owner Joey DeGraw, the ELAN system has streamlined processes for his staff, and the technology has set it apart from its competitors since its launch in January of 2018. “The capabilities of the ELAN system are endless,” he said, “and the technology really does ‘wow’ people. Using displays, audio, and lighting to impress our customers has become a staple of the hospitality experience.”

For more images, click here, and for an inside-look at ELAN in Nashville Underground, watch this video.

ELAN, now part of Nortek Security & Control, develops an award-winning line of whole-house entertainment and control solutions distributed through a comprehensive channel of select dealers throughout the United States, Canada, and countries worldwide. The ELAN 8 update was honored with the “2017 Human Interface Product of the Year” award and continues to expand its intuitive functionality. To learn more, visit www.elancontrolsystems.com.